This book consists of an essay, a credo, twelve poems and 205 aphorisms.

The essay provides a personal, scholarly reflection on where Paul Monk started, forty years ago, when he left his ancestral religion behind and where he was at the point when this book was being composed.

The poems are a private articulation of felt life and a set of attempts to generate a lifeworld of his own. The aphorisms are improvisations on the themes opened up by the verse and are intended to define or point to something, a sketch of reality and meaning.

The twenty line Credo, which begins:

I believe that all deities are idols of the mind,
That blood sacrifices to them are an abomination,
That dogmas are obstacles to enlightenment.

sums up a life's study and reflection.

The book constitutes a position, but not an argument.

'We must come to see ourselves in the context of the cosmic, terrestrial and temporal realities that the natural sciences have revealed, instead of in terms of the outdated and fallacious myths and dogmas of our cultural and religious past ...'

Credo and Twelve Poems is a great read, a story whose time has come ... seminal, perhaps a masterpiece. It is such an eloquent and powerful way to tell the story of those who have grown up with Christianity (whether Catholicism or Protestantism), or some other religion, and found it wanting. It is a beautifully crafted work, both covering the story to here, but equally powerfully, opening a doorway to great albeit challenging story from here, with some guiding lights and principles. It is so honest, and challenging, but enormously compassionate and inclusive. Intellectually fierce, but without a touch of conceit or arrogance. The author, whose concluding aphorism in the book is titled 'Me and my Saxophone' is, indeed, a master of the saxophone, and a beautiful 'saxophonist'! 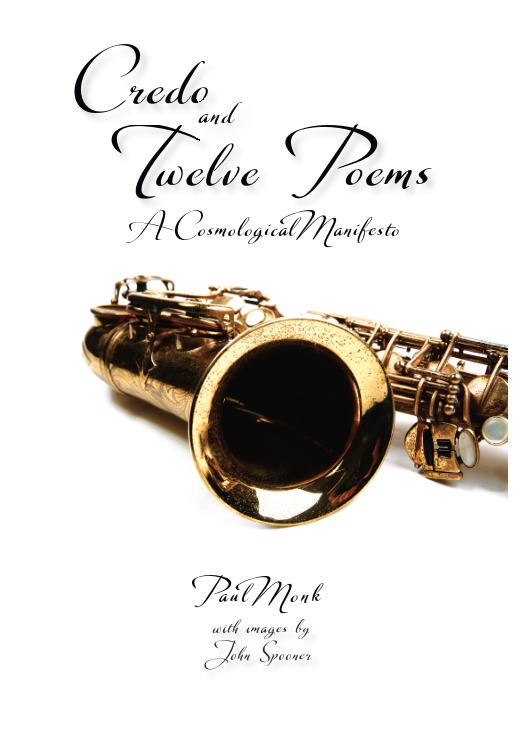 I read Credo and Twelve Poems in one sitting, totally absorbed by this beauiful book.