Sonnets to a Promiscuous Beauty

The Letters of Tom Rutledge from the First World War

Edited by Martha and William Rutledge

'This collection of letters from the front, written by an Australian officer in the First World War, is not only an excellent read in itself but it also offers a very interesting picture of what our soldiers experienced in their individual lives while serving abroad.

'Lt Col Thomas Rutledge wrote well and regularly to his mother nearly every week or fortnight while he was away, 1914-18. He gave detailed reports on how he was faring, and equally we learn how his family members were dealing with their challenges at home. He told of the pressures of food shortage in Europe, the contributions made by the Americans, and the effect of declining morale on the German side.

'These letters survived as a complete set due to the care and foresight of his mother and sister. They have been skilfully edited by his daughter Martha (Campbell) and his son William, with the assistance of other members of the family.

'Rutledge’s letters are a valuable first hand complement to the larger operational histories that have been written in earlier years.'

When reviewing a series of letters from the Front, one must always be conscious of whether or not self-censorship has been applied. Has the writer deliberately omitted the more gruesome aspects of war so as not to upset the folks back home? Sometimes it is difficult to decide.

This book represents the letters home from a member of the landed gentry of the Canberra area during the First World War. They have been edited by one of his descendants, a lady who made numerous contributions to the Australian Dictionary of Biography. Unfortunately, she died before publication and perhaps the book is the poorer for this. The title refers to a perpetual request for home knitted socks. Apparently the service issue was of rather poor quality.

The letter writer was a grazier in the Bungendore district before the war. As such, he was a member of the local Militia unit. On the outbreak of war, as was the norm, he enlisted in and was commissioned as an officer in the Light Horse. Serving in Egypt, Gallipoli, the United Kingdom and France, he wrote often. He came down with Influenza on Gallipoli and was evacuated first to Malta and then to a convalescent base in Northern Italy. He then returned to his unit but was posted to the UK as commander of the Australian Pioneer Corps School, before being sent in 1918 as commander of one of the pioneer units. The Letters finish when he arrives back in Freemantle.

So apart from his short stint with the Light Horse on Gallipoli, which amounted to only a few months of the campaign, and a few months in 1918, he was not actually involved in combat. This makes it a different read from the usual 'Letters from the Front' book.

What then does this book offer? Bearing in mind the apparent self-censorship, it appears that the War was good. He sits in a trench on Gallipoli and casually mentions the chaps in the next trench have had some bother. Nowhere does he mention anything about his own unit being in action. He sits on the hillside overlooking ANZAC Cove and describes the torpedoing of HMS Triumph almost as though he was commenting on a cricket match.

His letters home are full of meeting with members of his social set in Cairo and dining with them. When he goes to England to run the Pioneer School, he invariably talks again about meeting people and going up to London, attending parties at various country houses and going hunting and shooting with their owners. It would appear that the War for him was rather a social affair. But then, there had to be a large staff in the UK, and in France, supporting those at the Front. Perhaps it is unfair to criticise when we read of them taking time off for grouse shooting when there was not much else they could do but socialise?

However, these social notes are often accompanied by footnotes from his editor, in which she will mention that 'Tommy' mentioned in the letter was in fact Sir Thomas Whoever, who ran a property in the Southern Highlands and who married Isabel.

This is a rather annoying feature of the book. There are footnotes throughout on the social aspects and whom he was meeting and talking about. But then the writer mentions casually the death of Kitchener, with no further detail. It would have been interesting to have a footnote about this and what it meant to public opinion at home. Also, the torpedoing of the Triumph meant that the RN withdrew its bombarding ships supporting the ANZACs, which naturally caused problems. Again, no footnote! It is possible that the editor, being a contributor to the ADB, made her first footnote entries on something she knew about and was intending to add extra footnotes in due course before her demise.

Perhaps most telling are the letters home in late 1918, after the Germans had started their retreat. Rather than suggesting in letters home that the end was near and the Hun was on the run, he complains that the front never stabilised enough to allow his men to construct him a nice comfortable dugout.

This is a very interesting book. We are accustomed to the gory, gruesome type of letters from the front. This is something quite different. It shows that the war was not such a terrible thing for many. Jobs had to be done away from the trenches and men had to be found to do them. While not a must have, it is a nice addition to a library. 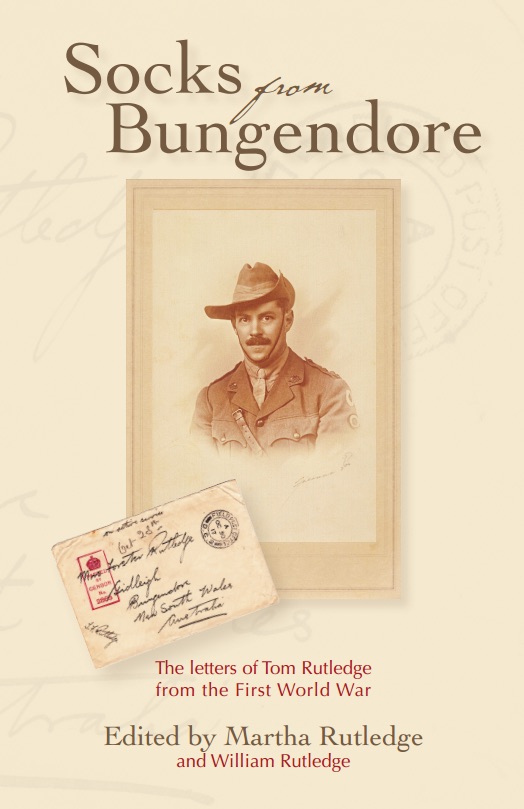