From Abbott to Turnbull: A New Direction?

From Abbott to Turnbull

At the 2013 election, many Australians expressed their concern with the chaos that surrounded the Labor minority governments of Julia Gillard and Kevin Rudd. They gave their support to Tony Abbott as a Prime Minister who promised to put the grown-ups back in charge with stable and strong government; a government with no surprises. However, Tony Abbott's government proved to be anything but stable and Abbott’s party replaced him with Malcolm Turnbull within two years.

Promising a new direction, Turnbull committed to a new style of leadership, an end to policy on the run and a more open government. This volume, the twelfth in the Australia Commonwealth Government series, traces the key issues that characterised the Abbott and Turnbull administrations from 2013 to 2016. It comprises 15 essays written by noted academics and political commentators and covers a range of topics including leadership, the economy, asylum seeker policy, education, the role of the independents in the Senate, the environment and the changing face of the Australian electorate.

Discussion in the book focuses on issues that invite readers to consider whether or not the change from Abbott to Turnbull did provide a new direction for the government, a matter that occupied many voters as they considered their vote in the July 2016 double dissolution election.

From Abbott to Turnbull was produced by the Institute for Governance and Policy Analysis at the University of Canberra. 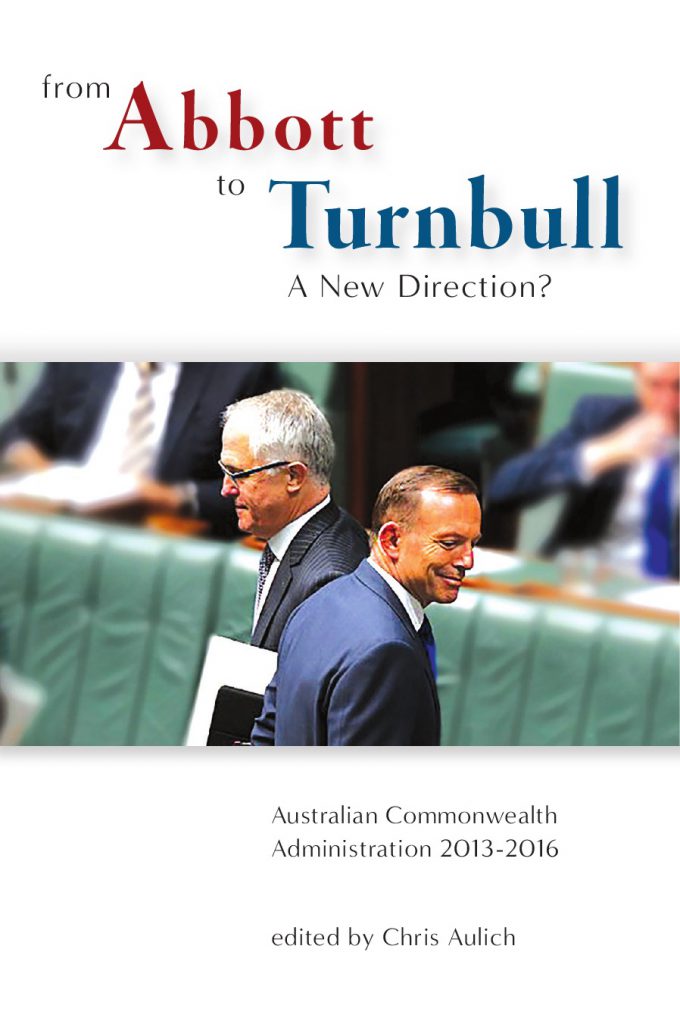